"Amen, amen, I say to you, whoever hears my word and believes in the one who sent me has eternal life and will not come to condemnation, but has passed from death to life."

The Mystery of Death

Christ is risen from the dead, by death he trampled death, and to those in the tombs, he granted life.

Death is a part of human life.  Our bodies are natural, made up of physical parts that are limited, that wear out and fail, and are vulnerable to destruction.  This happens for everyone who is born into this world, all must someday face the mystery of death.

Death is a terrible realilty. but it is not the only reality.  For the believer in Christ, there is another reality.  This is the story of Jesus, witnessed by the apostles, whom Peter professed,  "You are the Messiah, the Son of the living God. (Matthew 16:16)"  They were to be the witnesses to us of the Resurrection of our Lord, "you will be my witnesses in Jerusalem, throughout Judea and Samaria, and to the ends of the earth. (Acts 1:8)" They were to be the reality of a new response to death, that God has given us life through Jesus Christ our Lord.  We have his words, "Amen, amen, I say to you, whoever hears my word and believes in the one who sent me has eternal life and will not come to condemnation, but has passed from death to life.  (John 5:24)"  St. Paul explains, "if the dead are not raised, neither has Christ been raised, and if Christ has not been raised, your faith is in vain (1 Corinthians 15:16)"

This hope of life is proclaimed by the living tradition of the Church.  Every Sunday is a remembrance of the Resurrection of our Lord.  This is especially true in the annual celebration os Holy Week, where we walk with our Lord in his encounter with death on the Holy Cross, and the bright and glorious liturgical remembrances of the light of the resurrection.  As sunset approaches on Holy Saturday, we hear the gospel of St. Matthew proclaimed, "The angel said to the women in reply, "Do not be afraid!  I know that you are seeking Jesus the crucified.   He is not here, for he has been raised just as he said, Come and see the place where he lay.  Then go quickly and tell his disciples. 'He has been raised from the dead, and he is going before you to Galilee; there you will see him.'  Behold, I have told you, (Matthew 28:5-7)"  At the morning service, the doors of the icon screen are opened wide to symbolize the outpouring of life, the clergy vest in white and the faithful carry candles to proclaim the brightness of the resurrection, as we sing the Paschal Troparion.  "Christ is risen from the dead, by death he trampled death, and to those in the tombs, he granted life.",

When we read the Gospels carefully, we see that the whole life of our Lord is an encounter with death.  Jesus rebukes the Sadducees who did not accept resurrection," 'I am the God of Abraham, the God of Isaac, and the God of Jacob'.  He is not the God of the dead but of the living. (Matthew 22:32)"  He predicts his victory over death, "He was teaching his disciples and telling them,  "The Son of Man is to be handed over to men and they will kill him, and three days after his death he will rise, (Mark 9:31)"  We will share in his life.  "For God so loved the world that he gave his only Son, so that everyone who believes in him might not perish but might have eternal life (John 3:16)"  This passage is read in the Anaphora of the Divine Liturgy of St. John Chrysostom.  Again, in the Gospel of John (5:24), Jesus proclaims, "Amen, amen, I say to you, whoever hears my word and believes in the one who sent me has eternal life and will not come to condemnation, but has passed from death to life."  This passage is read in the funeral service.

All of this is our faith and our hope, as we profess in the Creed, "I expect the resurrection of the dead and the life of the world to come."  If this is true, why must we suffer death?  On one level we must accept the natural truth.   Our bodies are mortal and material.  As everything in nature, they have physical limitations.  They may be damaged by accident and disease, and they most certainly will wear out and fail.  No one can escape this fate.  Even our Lord himself, the Son of God, who in the mystery of the incarnation a human body and soul, had to experience the pain of death.  St. Paul expressed this poetically, "Have among yourselves the same attitude that is also ours in Christ Jesus, who, though he was in the form of God, did not regard equality with God somthing to be grasped.  Rather, he emptied himself, taking the form of a slave, coming in human likeness, and found human in appearance, he humbled himself, becoming obedient to death, even death on a cross (Philippians 2:5-8)"  St. Francis of Assisi prayed "Praised be my Lord, through our sister Bodily Death, from whom no living person can escape."

Death remains our greatest fear.  It has a negative meaning: the absence of life.  Therefore, it was often paired with sin.  There is a central parable of death in the proto-Gospel of the story of Adam and Eve.  While this story may not be history in the secular sense, as a parable it is truth in a higher sense.  Death enters the world through sin, deliberate disobedience to God's loving plan for life.  Because of this sin, God tells Adam and Eve, "By the sweat of your brow you shall eat bread, until you return to the ground, from which you were taken; for you are dust, and to dust you shall return, (Genesis 3:19)"  St. Paul writes, "The sting of death is sin (1 Corinthians 15:56)"  Sin, indee, are those acts which bring about death, murder deprives a person of life, adultery destroys the mutual life of a married couple, hatred is the death of love, lying and stealing diminish the meaning of our lives.  When we are baptized, then, we chose life, we renounce the work of the devil, which is sin, and we commit ourselves to Christ, who is "the way, the truth and the life."  We see this choice even in the First Testament, "I have set before you life and death, the blessing and the corse.  Choose life (Deuteronomy 30:19)"  In our faith the mystery of the Incarnation, we believe that our Lord became like us in every way except sin, but he accepted the punishment of death that he might destroy the power of death, as we sing at Pascha, "by death he trampled death."  God takes what  is evil and twists it to good.  He died and rose, because, as St. Peter preached, "God raised him up, releasing him from the throes of death, because it was impossible for him to be held by it.  (Acts 2:24)"  Because we sin, we must suffer death, but now we have the hope, that through the resurrection of Jesus, we too must find the fullness of life in God.  What this story tells us is that we, like the Son of God must turn death around by a life lived for others, by loving God and loving our neighbor above life itself so that, as Christ promised.  "For whoever wishes to save his life will lose it, but whoever loses his life for my sake and that of the gospel will save it.  (Mark 8:35)"  God promised us life, and he will not break his promise.  The truth is that the life promised by God begins in this life.  When we receive Holy Communion, we share in the divine life, we commit to being godlike, and we hear the priest's words.  "The servant of God (name) partakes of the precious, most holy, and most pure body and blood of our Lord, God, and Saviour Jesus Christ for the remission of sins and for life everlasting.  Amen." 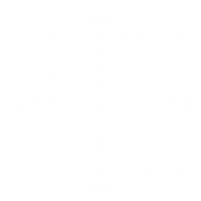