The Life of the World to Come

At present we see indistinctly, as in a mirror, but then face to face.  At present I know partially; then I shall know fully, as I am fully known. (1 Corinthians 13:12)

As human beings, we are, of course, curious as to what will become of us.  We all know that we will face the mystery of death, and we are moved to speculate about what will then happen.  For the non-believer there is only the snuffing out of life in darkness and nothingness.  Bertrand Russell was an honest atheist when he admitted, "Man is the product of causes which had no prevision of the end they were achieving ... only within the scaffolding of these truths, only on the firm foundation of unyielding despair, can the soul's habitation be safely built."  For the believer, however, we profess, "I expect the resurrection of the dead and the life of the world to come.  Amen."  St. Paul writes,  "What eye has not seen, and ear has not heard, and what has not entered the human heart, what God has prepared for those who love him," this God has revealed to us through the Spirit. (1 Corinthians 2:9-10)"

The reality is that death is the interface between time and eternity.  Just as God told Moses, "But you cannot see my face, for no one can see me and live." (Exodus 33:20), likewise it is impossible for those bound by time to understand eternity.  In the ancient Kontakion for the Departed, in an ikos which is sung now only at the funeral of a priest, these words are put into the mouth of the departed, "I leave behind all my friends and I go.  Where I am going I do not know, nor do I know how it will be there.  Only God who calls me knows." (Ikos 3)

The Syrian theologian whose name we do not know but whom we call Pseudo-Dionysius accurately pointed out that to know the essence of God is beyond human power, but that we can know something of God because he has revealed himself to us.  He has also revealed something of what our life in him will be.  He tells us that there will be judgment.  We see this as two stories: the Last Judgment in Matthews 25 and the story of Lazarus and the Rich Man.  Again, these are parables in which a profound truth is revealed in stories that we can understand in our limited earthy lives.  In the Last Judgment our future happiness depends on being able to see now in this present life the image of God in every person.  "Amen, I say to you, whatever you did for one of these least brothers of mine, you did for me. (Matthew 25:40)"  The story of Lazarus is similar, the Rich Man suffers in the fire, separated from the bosom of Abraham by an uncross-able chasm, because he did not show mercy to Lazarus.  What holds our attention is that this is stated as a simple fact, " 'My child, remember that you received what was good during your lifetime while  Lazarus likewise received what was bad, but now he is comforted here, whereas you are tormented." (Luke 16:25)  The principle is that our future state depends on the love we are able to give to others in this world.  The principle of judgment is stated clearly, without stories, in the Gospel of John: "The hour is coming in which all who are in the tombs will hear his voice and will come out, those who have done good deeds to the resurrection of life, but those who have done wicked deeds to the resurrection of condemnation. (John 5:28-29)"

After our death and before the resurrection, people wonder what our state will be.  Judgment plays an important role in this, and we see our final resting place as heaven or hell.  There is also the state of purgatory.  This is the teaching of the Catholic Church, but the Orthodox do not accept the existence of a place call purgatory, though both Churches pray for the eternal rest of the departed and that they be purified of all their sins.  The church, then, prays, "Now grant rest, O Lord, to the souls of your departed servants in a place of light, joy, and peace where there is no pain, sorrow, nor mourning.   As a good and loving God, forgive every sin committed by (him-her-them) in word, deed or thought, since there is no one who lives and does not sin.  Our Lord describes the joy of Lazarus, "he was carried away by angels to the bosom of Abraham, (Luke 16:22)"  The punishment of the rich man was described as fire, and in the Last Judgment, the condemned are in "the eternal fire prepared for the devil and his angels.(Matthew 25:41)"

These descriptions are incomplete, for they are trying to reveal to us something which remains beyond our power to grasp in the material world in which we live.  In this way, we see that the fire is spiritual, for it was meant for the fallen angels, who were spirit and not incarnate body.

Many of our common concepts of life after death were influenced by Dante's work, The Divine Comedy, which is a work of fiction and imagination that need not be taken literally.  The entertainment media often use these images to portray the afterlife.  Pope St. John Paul II more reliably tried to explain our spiritual fate for our understanding today.  In regard to hell, the Pope taught, "The images of hell that Sacred Scripture presents to us must be correctly interpreted.  They show the complete frustration and emptiness of life without God.  More than a place, hell indicates the state those who freely and definitively separate themselves from God, the source of all life and joy."  Of purgatory, he said, "Every trace of attachment to evil must be eliminated, every imperfection of the soul corrected.  Purification must be complete, and indeed this is precisely what is meant by the Church's teaching on purgatory.  The term does not indicate a place, but a condition of existence."  Heaven is truly the outpouring of God's love.  To describe it, Pope St. John Paul II quoted the Catechism of the Catholic Church, " By his death and Resurrection, Jesus Christ has opened heaven to us.'  The life of the blessed consists in the full and perfect possession of the fruits of the redemption accomplished by Christ.  He makes partners in his heavenly glorification those who have believed in him and remained faithful to his will.  Heaven is the blessed community of all who are perfectly incorporated into Christ" (n. 1026).  The Pope clearly explains that we are as yet unable to understand death, "It is always necessary to maintain a certain restraint in describing these 'ultimate realities' since their depiction is always unsatisfactory.  Today, personalized language is better suited to describing the state of happiness and peace we will enjoy in our definitive community with God."

Our Lord said, " 'I am the resurrection and the life; whoever believes in me, even if he dies, will live, and everyone who lives and believes in me will never die. (John 11:25)"  Often when we think about death, we try to imagine an existence of a soul separated from the body.  However, this is not our ultimate hope.  St. Paul teaches, "But now Christ has been raised from the dead, the first fruits of those who have fallen asleep.  (1 Corinthians 15:20)"  Jesus was raised in a bodily resurrection into glory, and it is in Christ that we all have our future, "for just as in Adam all die, so too in Christ shall all be brought to life, but each one in proper order:  Christ the first fruits; then, at his coming, those who belong to Christ (1Corinthians 15:22-23)."  As human beings, we are not purely spiritual beings, so that it is necessary for our individuality to live bodily.  This future life still remains beyond our grasp and understanding.  It will happen, but in a time and way that remains to be revealed.  Both Jesus and Paul warn us about having wrong ideas.  Jesus taught, "At the resurrection they neither marry nor are given in marriage but are like the angels in heaven."  And concerning the resurrection of the dead have you not read what was said to you by God, "I am the God of Abraham, the God of Isaac, and the God of Jacob."

He is not the God of the dead but of the living. (Matthew 22:30-32)"  St. Paul describes the resurrection in a similar way, "But someone may say, "How are the dead raised?  With what kind of body will they come back'? .... So also is the resurrection of the dead. It is sown corruptible; it is raised incorruptible;  It is sown dishonorable; it is raised glorious.  It is sown weak; it is raised powerful.  It is sown a natural body; it is raised a spiritual body. If there is a natural body, there is also a spiritual one. (1 Corinthians 15:35, 42-45)"  Prophecies are not fully understood, then, until they happen, "But of  that day and hour no one knows, neither the angels of heaven, nor the Son, but the Father alone. (Matthew 24-36)"  Scripture says, "The Lord does not delay his promise, as some regard "delay", but he is patient with you, not wishing that any should perish but that all should come to repentance ....But according to his promise we await new heavens and a new earth in which righteousness dwells. (2 Peter 3:7,13)"  Therefore, we have confidence in God's promise, "Let us hold unwavering to our confession that gives us hope, for he  who made the promise is trustworthy. (Hebrews 10:23)"   What is certain is that our present life is the beginning of the future, and in this world we must see the image of Christ in everyone, and treat them with love, kindness and support. 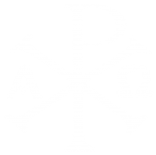